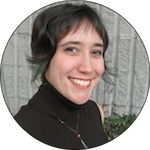 Twice recently, I’ve been given a gift of someone’s medicine.  It’s not what you’re probably thinking.  In today’s troubles with an opioid epidemic, with ADHD medication sharing or selling on school campuses, and things like that, being given medicine sounds very strange.  I’m not talking about pharmaceutical drugs, though.

I’m talking about plant-based medicine that heals as much through history and meaning as it does through phytochemicals.

A few weeks ago I attended a plant medicine conference, and one of the instructors gave all the participants shavings from a tree in her childhood home. This tree had lived for hundreds if not thousands of years, at the crest of a hill, overlooking a forest of other trees, until one by one those other trees were cut down for logging leaving this tree for last. It too was felled, and the stump remained. That all happened about 150 years before this instructor’s family moved onto the land. She grew up playing on or beside that 150-year-remaining tree stump (180 years at this point).  When, as an adult, she became ill, her brother brought her a chunk from the heartwood, and the scent of it helped her recover.

More and more, scientists are aware that plants are not deaf and dumb inert objects; they are aware of their neighbors and the animals and insects that pass by; they communicate using aromatized phytochemicals and through mycorrhizal networks (fungal partners in the soil).  They perform changes to themselves in response to what happens to their area and to themselves.  This tree saw the other trees around it being fallen, and it gathered its potent secondary metabolites (terpenes and turpentines) into the heartwood and down near the roots.  That 150-year-remaining tree stump was still bursting full of aromatic volatile communicative chemicals that were influencing its neighbors. That chunk of heartwood, and the shavings of it shared with us conference-goers, still smelled as though it had just been cut down and its heart was exposed.

That is big medicine.

I just attended a debriefing of students from my alma mater, NUNM, who volunteered in the healer’s circle Oceti Sakowin camp at Standing Rock reservation over Thanksgiving. One of them has Native American heritage, and all of them negotiated humbly to be of service when they went, and brought supplies. Oceti Sakowin is an encampment on land being managed by the US Army Corp of Engineers that is unceded treaty land belonging to the Lakota and Dakota (Sioux).

In this debrief, the students shared a gift of herbs that are native to that area: Artemisia ludoviciana (many English and Native common names) and Artemisia tridentata (common name: Sagebrush).  Artemisia plants, of which there are hundreds of species, are potent medicines and foods.  One of the most famous relatives is native to Asia, and was involved in a Nobel Peace Prize for healing malaria and curing cancer: Artemisia annua (common name: Sweet Annie), from which artemisinin is derived. Another famous Artemisia plant is Artemisia absinthuim from which the recreational drug Absinth is decocted and distilled.  Some Artemisia plants are risky to take orally because they have thujones (terpenes that are hard on the brain, kidney, and liver in high doses); some are so safe they’re used in cooking, like Artemisia dracunculus (common name: tarragon).  All of them are fragrant with terpenes: bitter and aromatic phytochemicals which affect mammals and insects in various ways.

This gift of the leaves and stems of two Artemisia plants were especially important, though, because the herbal medicine and prayer that they are used in are a part of this reclaiming of Native American / indigenous sovereignty.  One of the beautiful things about Oceti Sakowin, Rosebud Camp, and Standing Rock, is how this movement to protect the water from exploitation and pollution is bringing together indigenous peoples from across the United States and around the world, and emphasizing the validity of their ways. The conflict over use of the land is especially important because the Dakota and Lakota are sovereign nations with a treaty between them and the US government, but those treaty agreements are being dismissed in the name of US industry.

Receiving the fragrant Artemisia leaves and smelling them as I heard the message of prayerful protection, of community building, of indigenous culture asserted, created a visceral connection to that movement thousands of miles away and thousands of years of human-and-environment relationship.

That is big medicine.

I am so grateful to have received the big medicine, to be connected by scent and touch to beings and cultures that span centuries and millenia.

Where are you in contact with big medicine in your life?

P.S. Donate to Standing Rock Medic + Healer Council and get involved! Your aid will be immediately put to effective use.

My Oregon License of Acupuncture is active and is current to June 2022. My Oregon Naturopathic Doctor license was intentionally inactive since January 2021 and is intentionally lapsed as of January 2023. I still have my Naturopathic Doctor graduate degree.
My practice is closed as of September 30, 2021; I am not accepting new acupuncture patients and see established patients by appointment only.